A map of produced by the Recreational Fishing Alliance shows that 60% of Sydney harbour poses recreational fishing restrictions of varying degrees. These range from fully restricted through to partial restrictions and include naval waters, marine reserves, spearfishing bans, squidding bans, unfishable high traffic areas and de facto fish refuge zones due to restrictions on taking fish based on dietary advice that no fish should be eaten west of the harbour bridge. In addition to this the entire harbour shore line is intertidal protected zone which means no collecting of any sort. 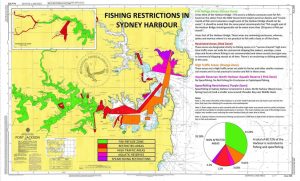 Sydney harbour is still very much a ‘working‘ harbour. It’s also the busiest waterway in Australia. At times the traffic is almost untenable. Accidents and near misses are commonplace most weekends. User groups include large commercial traffic (shipping, ferries etc.) fishermen, divers, ice cream licking latte sippers, paddlers including school rowers, sea planes, floating restaurants, Parra sailors, jet boat thrill rides, water skiers, hire boats, huge pleasure cruisers, sailing schools, stand up paddle boards and so many sailboats that on the worst days you can’t see from one shore to the other. A study produced by RMS forecasts that 2021 there will be an additional 5000 vessels vying for a spot-on Sydney harbour. Half of these will be over 6m. Most recent marina expansions are to cater for boats over 15m. Not only are there considerably more boats now and forecast for the future, but the average vessel size has increased dramatically. The bays of the harbour are chockers with marinas and moorings. With much of the shoreline already inaccessible due to city, urban and commercial encroachment   the remaining foreshore is crammed with the various user groups.

The safe nor east and southerly protected anchorages are also at capacity on most weekends.

In summary, the harbour is full, at capacity, no vacancy.

In light of this it’s hard to imagine how someone could see Sydney harbour as a suitable venue for a marine park complete with lock out zones. Alas, its tipped that this is exactly what we will get when the marine estate management authority hands down its recommendations in the near future. Surely any criteria for assessing a location for suitability of a MP would include a measure of existing overcrowding and safety issues — of which the harbour has no shortage. The benefits of the proposed lock outs could not possibly outweigh the detrimental social and safety considerations of the immense and varied Sydney harbour user groups. These issues go well beyond the inconvenience to recreational fishermen – the impacts will be felt by all user groups. Fishermen will continue to fish, albeit crammed into tighter and ever shrinking space. The harbour isn’t getting any bigger.

Even some conservation groups are against lock outs on the grounds that it will force even greater pressure on the remaining fishable areas, to its detriment. At the moment angler effort is spread out evenly but what would be the impact on fish stocks of condensing angler effort into a smaller area.

Despite the recommendations any actual lock outs are in fact a long way off. There is a lot of science to be done. Lack of adequate baseline studies are one of the shortcomings and source of greatest criticism of marine parks worldwide. An amendment bill was passed recently in parliament that said that all future marine parks had to be supported by proper science. ‘Proper science’ of course includes adequate baseline studies which can take from 8 to 10 years to complete. One thing that will not be tolerated in the future is green groups extoling the ‘improvements’ found within specific lock out zones that do not include proper base lines.

In addition to this they would need to conduct environmental impact studies on ‘transfer of effort’ and address safety issues caused by condensing the user groups into a smaller area.

The minister is legally bound to this but let’s hope common sense prevails and the whole silly idea is quashed. It’s been rumored that, should Sydney lock outs go ahead in the face of common sense, the minister has vowed that he will insist on adequate base line studies and that, at least some lock out zones will apply to all user groups – including divers. I’m sure this is something that genuine conservation groups would welcome. 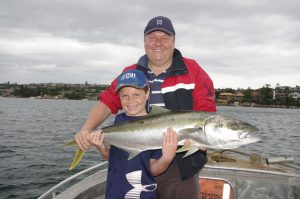 To give you an idea of how badly rec fishing is being bent over in the Sydney marine parks debate, rec fishing is listed alongside boating and swimming as ‘high risk’ activities by the marine estate management authority (MEMA). To put this into perspective commercial fishing is listed as ‘medium risk’. So, according to them, swimming presents a higher risk to the bio region than commercial fishing. And according to MEMA the risk posed by boating and swimming are increasing while the risk from commercial fishing is decreasing. Divers (recreational diving) are not listed at all which is mysterious and ironic as they are one of the main lobby groups pushing for angler lock-outs. Smelly.

Chowder bay (Clifton gardens) is one of the 15 sites listed by MEMA earmarked for lock-outs. Chowder bay is a small bay of which approximately half its area is taken up by a major navy refueling facility. I don’t know what MEMA has set down as an assessment criterion for suitability for a marine park, but I can’t imagine having a working shipping refueling facility, taking up half of the proposed marine park area would fit the equation. Could it have something to do with the commercial dive business working in the bay?

Manly shire residents, who lost a huge chunk of safe, shore-based fishing coastline in the form of cabbage tree bay reserve (angler lock-out zone) should be aware that all north harbor has also been earmarked for lock out. If that goes ahead then that’s ALL of Manly’s safe, kid friendly fishing shoreline GONE. 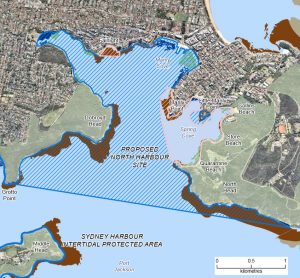 Do something people. If you snooze, I guarantee you will wake up to a ‘NO FISHING’ sign